The FIFA World Cup 2018 experience of our project manager 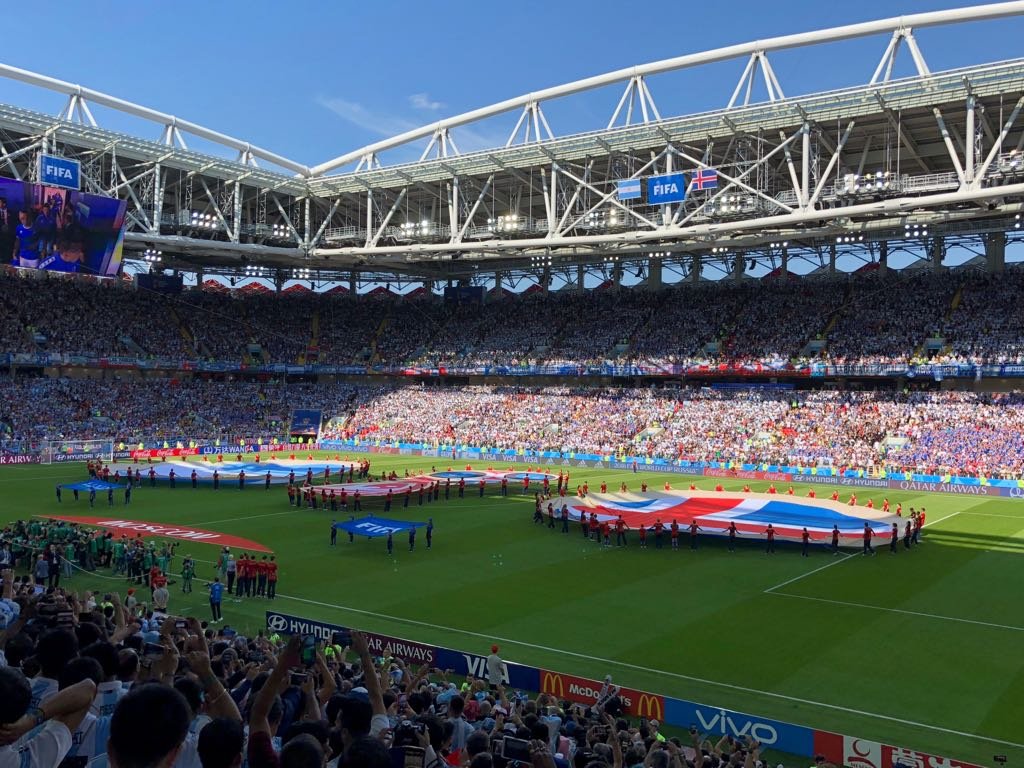 FIFA 2018 has undoubtedly been one of the highlights of this year. CND’s Project Manager Snadrine Schefer (SS) is proud to share her experience of her work in the FIFA team in Moscow in an interview with Elena Szederjei (ES)

ES: - Hello Sandrine! How are you?

ES: - What is your role whithin the FIFA project?

SS: - We are gradually bringing our project at the FIFA WORLD CUP 2018 in Russia to a close.  As part of the Digital Product Team, we aimed to successfully deliver the FIFA World Cup website, the FIFA Official Application and the World Cup Games. Additionally, in May 2018 we had to deploy measures that were compliant with the General Data Protection Regulation, the GPDR. Regarding the main topic, we achieved the best results ever. We have the best sports application and we have doubled our sponsors’ value. And we shall not stop there because we are looking into ways wherby we could do even better in the next World Cup in Quatar in 2022.

ES: - What is the actual scope of the project?

SS: With the arrival of Gianni Infantino, FIFA defined a new vision for the future with the FIFA 2.0. Technically speaking, FIFA has started a huge digital transformation. In my department, an API layer was introduced that was provided by Microsoft in order to decouple the front and the back-end. This transitional phase had introduced considerable complexity. My role was to give support during this transition period and to ensure that the FIFA World Cup website and the Official Application work.

ES: And you even spent some time in Moscow? How was it? 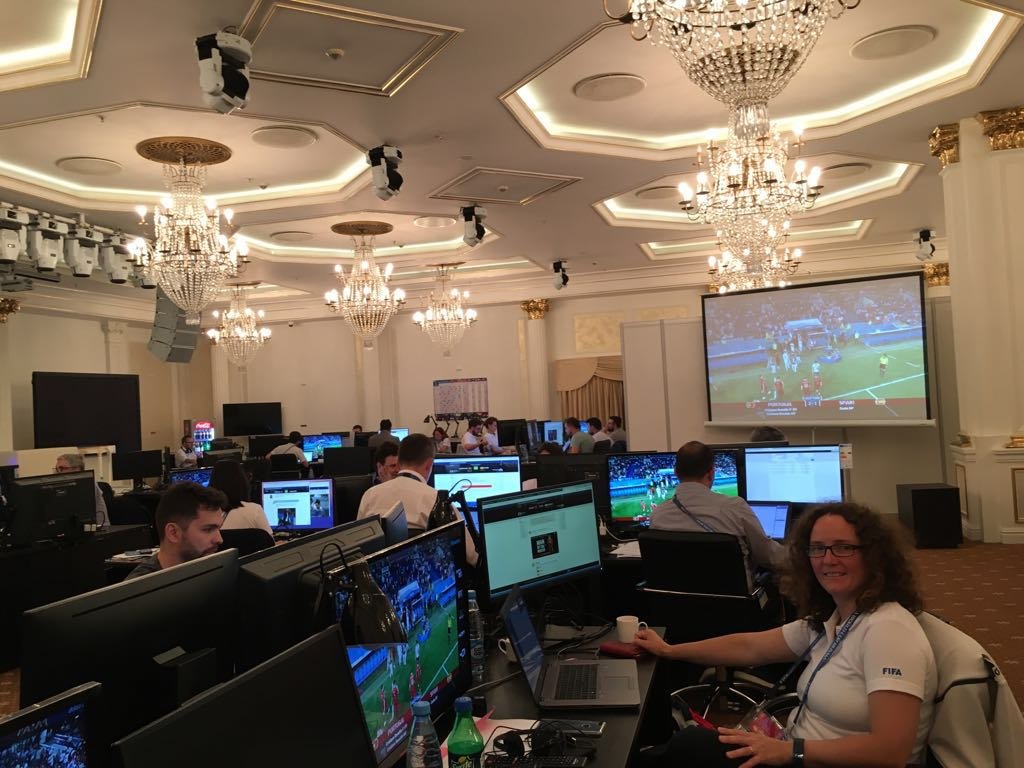 SS: Our office was in a ball room. We shared it with the editors, the reporters, the social media publishers, the business intelligence people and the digital marketing resources. Our role then changed to operational support as we had to monitor, find, and report broken links, incorrectly published content, performance issues, and to plan new deployments to insure security, accuracy of the content, increasing capacity and fixing bugs. I oversaw the daily reporting including the issues, the risks and ongoing activities to the management. We were running daily calls with all vendors to align everyone on the issues and actions to be performance. We worked long hours but enjoyed every moment as the team and partners did a fantastic job ensuring the digital success of World Cup. 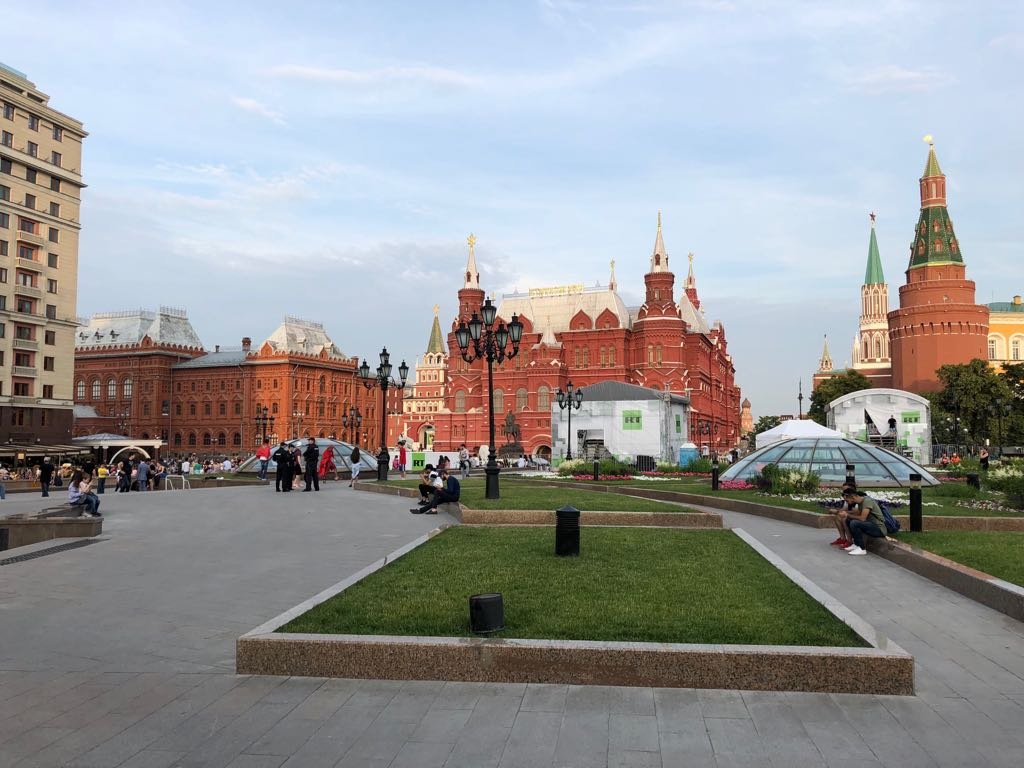 Moscow was a fantastic experience. First, because I was able to see the World Cup from behind the scenes. Second, because it was my first visit in Russia. The city is huge and enjoyable. One evening, I visited Red Square which was most impressive and very lively indeed. The atmosphere of the World Cup was sensational. There were people from all over the world gathering in one place to share emotions with respect and just to have fun. Russians proved to be friendly.  Several tried to exchange a few words in French with me and I was able to reply with a few words in Russian. It was a great experience. I got lost in the Metro and a student guided me back to my hotel.

ES: Did you manage to see any of the matches? 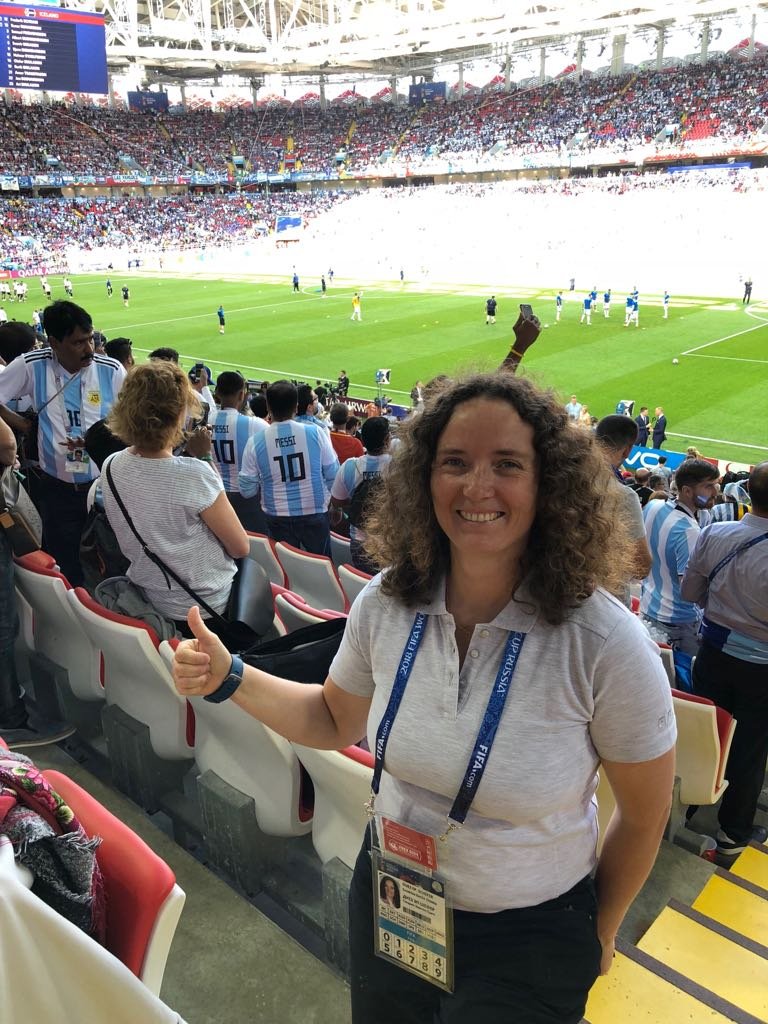 SS: Yes, I had the opportunity to obtain tickets to see the Argentina versus Iceland match at the Spartak stadium. This was the most over booked game in the group stage phase.

Actually, I did met Diego Maradona in the hotel where Istayed. We had rooms not far away from each other. This was a most unexpected surprise. Though, as a FIFA staff member, I was not permitted to ask for his autograph. Even so, it was an event that I am unlikely to ever forget.

ES: So, if we take the “six handshakes theory” into account I am now only two handshakes away from Maradona.

SS: Yes, you could say that so it was really exciting for me and I would like to thank CND for having given me the opportunity be in Moscow for the FIFA World Cup. That I really appreciate.

ES: Thank you too, Sandrine for the great job you did!

Sandrine Schefer can function in four languages, holds a MBA and has PMP Certification. She is a senior project manager that can combine both IT and business. She has managed strategic projects and programmes of both these sectors reporting to C level stakeholders, handling multicultural cross-functional teams, including team leaders, analysts, specialists and offshore developers and testers.

She is an acknowledged leader and recognized for her honesty, sound ethics, adaptability, strong communication and analytic skills. In carrying out projects she has always proven to be solution-oriented, result-driven and able to efficiently work in teams and willing to learn new skills. She has the ability to achieve real goals and complete projects even under high pressure.